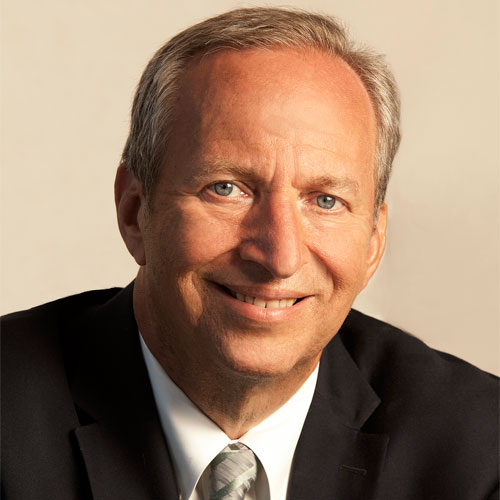 Dr Summers is President Emeritus and Charles W Eliot University Professor at Harvard University. He directs the University’s Mossavar- Rahmani Center for Business and Government. Dr Summers has served as Secretary of the Treasury and as Director of the White House National Economic Council, President of Harvard University, and as the Chief Economist of the World Bank. As President of Harvard he focused on equality of opportunity and removing financial obligation from students with low incomes. He aimed to make Boston the global leader in life sciences research with the formation of programs for stem cell research and genomics. Dr Summers was the first social scientist to receive the National Science Foundation’s Alan Waterman Award for scientific achievement and, in 1993, he was awarded the John Bates Clark Medal. He was elected to the National Academy of Sciences in 2002. Dr Summers is an advisor to businesses and investors. He chairs the boards of Citizen Schools and the Center for Global Development. He serves on the board of Teach for America and campaigning and advocacy organization ONE. He is an advisor to The Hamilton Project, The Hutchins Center on Fiscal and Monetary Policy and the Peterson institute for international Economics. He is a distinguished Senior Fellow at the Center for American Progress, chaired the Commission on Global Health and co-chaired the Commission on inclusive Prosperity.